As a member of Synthotech’s graduate scheme, Rob Lumb, a junior engineer from Synthotech’s R&D team, presented his involvement with the NIA joint project with National Grid for the Tier One Replacement System (TORS).

Rob took along the drive module of TORS which attracted a lot of attention from the attending student engineers of Salford University where the event took place.  His presentation on his personal involvement in the design, development and testing of the drive module section of TORS impressed judges who went on to award him first place.

We look forward to supporting both Rob and Rafal Cichosz (winner of North East section) at the final in IET Birmingham on the 23rd of June. 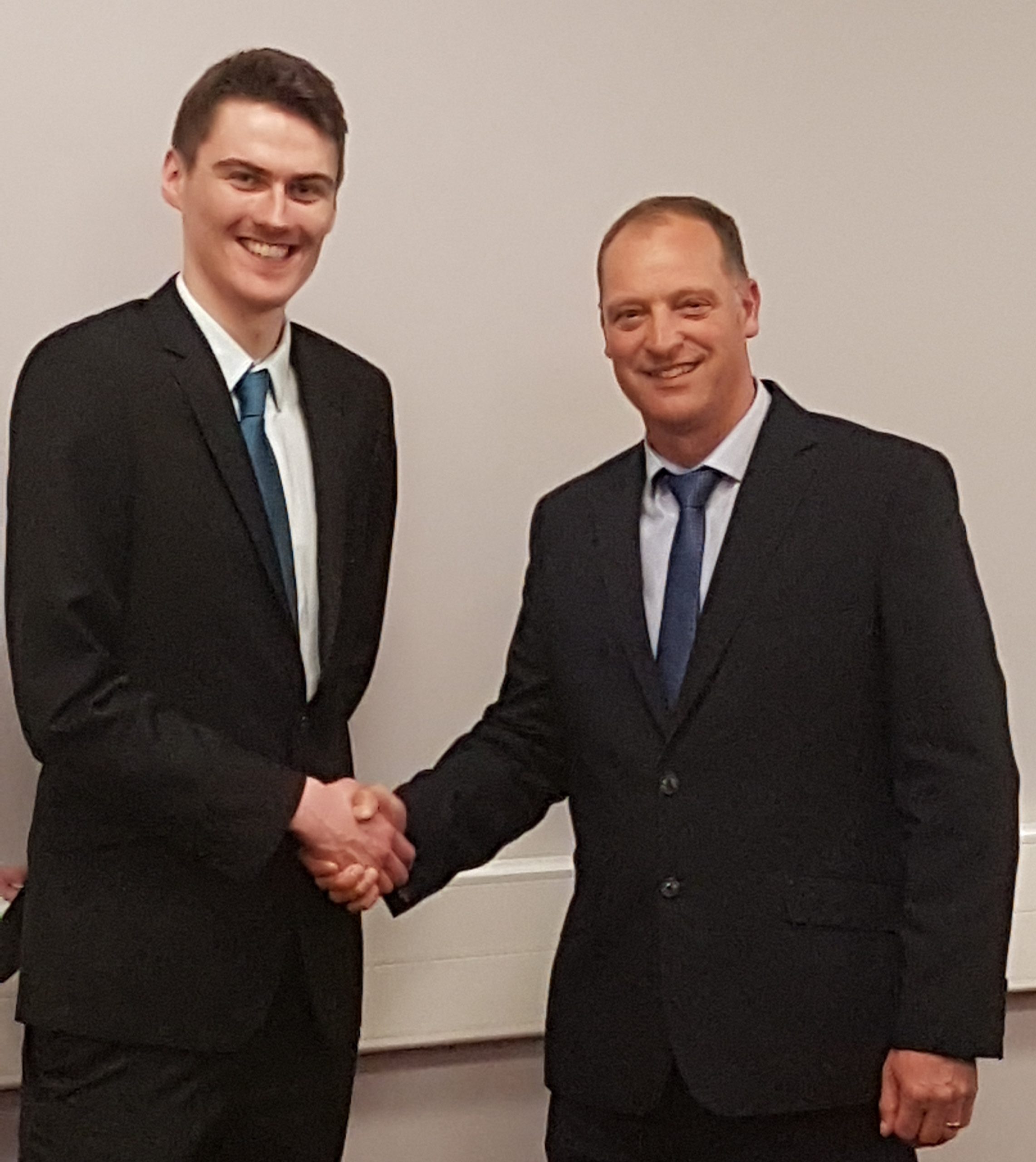