Not only was Synthotech awarded Company of the Year and Innovations Project of the year for Project GRAID but Synthotech’s Wez Little (Innovations Director) has been at Installer live 2017 with Ben Kuchta founder of Project SOTER.

Synthotech are working in collaboration with Ben to commercilaise his concept and invention of Project SOTER. It is Carbon Monoxide ‘life saving’ device that is designed to cut off the boiler in the event of Carbon Monoxide being detected.

Project SOTER was developed as a life saving device. It’s a simple concept with monumental aspiration…. to eliminate the silent killer. This is a patented domestic boiler interlock that is designed to learn the audible characteristics of a British Standard CO alarm. The domestic boiler interlock can control any electrically operated gas appliance in the home by turning the power via the switch fuse spur in an emergency.

Installer live 2017 was a great event and generated significant interest about the product that has been developed in collaboration. We look forward to working with Ben to develop the project.

If you would like more information about this product or any other of Synthotech’s products please contact us here. 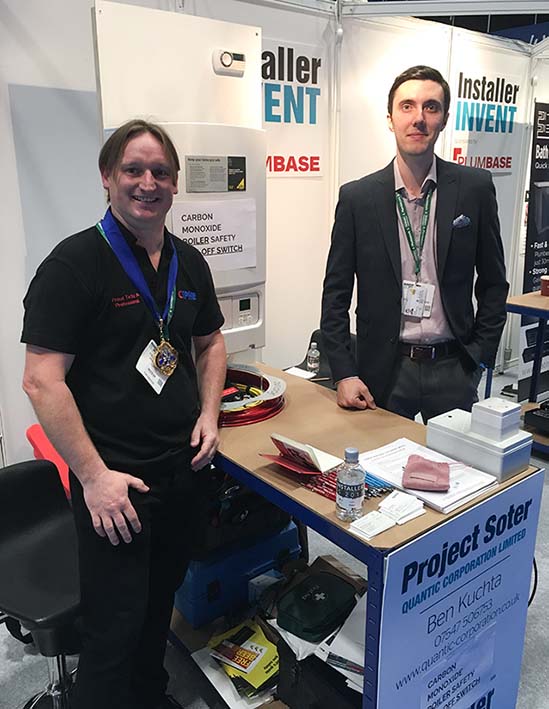