For the last two weeks the team have been working at National Grid Bacton undertaking the inspection of pipework. Following the success of the earlier trial at Pannal, Bacton was the final live trial of the project.

Following a significant descent down a 45 degree, 6m slope the robot happily went about its duties at a pressure of 58barg. During these trials the team focused on the inspection of valves and took wall thickness measurements. They were able inspect runs in excess of 100m, and proved the agility and performance of the robot and inspection system.

The trial was hugely successful and was made very enjoyable by the teams at Bacton who were fantastic hosts and really embraced the robot inspection runs.

This trial has allowed the team to complete Stage 4 of the project, and ensure all documentation is ready for the final stage of the project Stage 5 (Business As Usual – BAU).

We are all immensely proud of the engineering team at Synthotech and all those over the last few years have contributed to the success of GRAID, and as we now enter the final stages of the project, we look forward to seeing the robot used as an assessment tool for years to come. 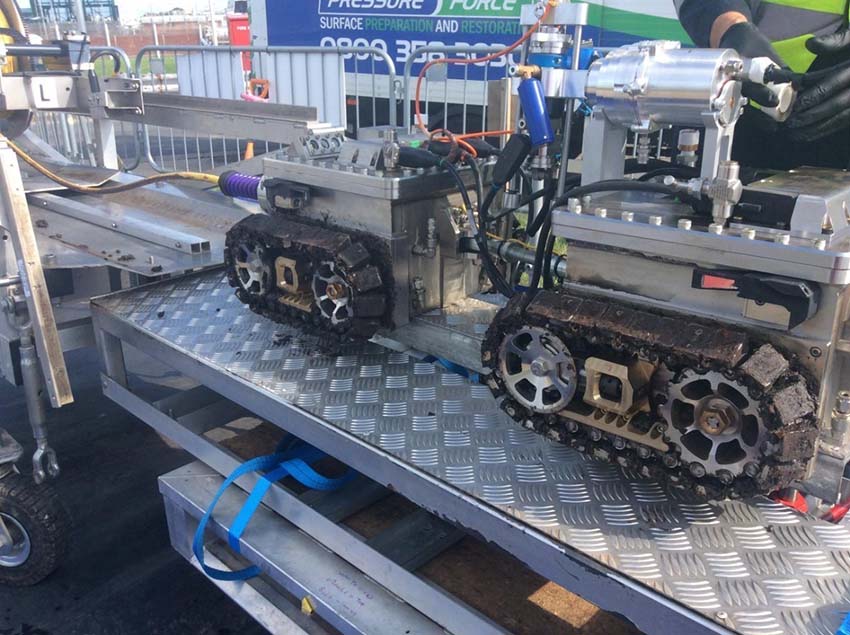